Female Genital Mutilation (often referred to as FGM) is a destructive operation, during which the female genitals are partly or entirely removed or injured with the aim of inhibiting a woman’s sexual feelings. Most often the mutilation is performed before puberty, often on girls between the age of four and eight, but recently it is increasingly performed on babies who are only a couple of days, weeks or months old. 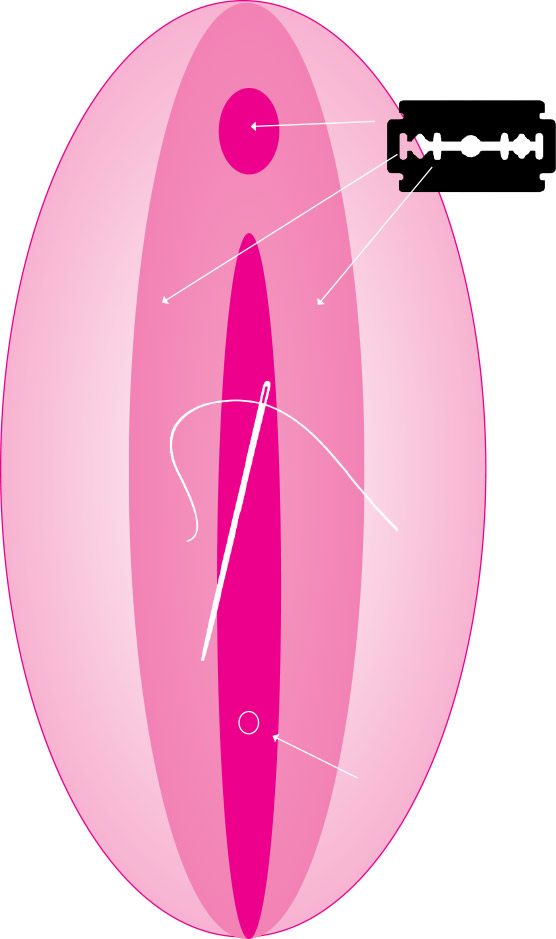 1
The clitoris and the labia are cut without anaesthetic. A variety of sharp objects are used, such as knives, scissors and razors - usually not disinfected.

2
Afterwards, the labia stumps are sewn together.

3
A hole remains the size of a match head for urination resulting in lifelong mental and physical pain.

Where does FGM happen?

Female Genital Mutilation happens primarily in Africa, in particular in North-Eastern, Eastern and Western Africa. However, it also takes place in the Middle East, in South-East Asia – and also among immigrants in Europe. According to estimates by the World Health Organisation (WHO) 200 million women are affected by FGM worldwide. In Europe, the number of mutilated women or girls and women threatened by FGM amounts up to 1 000 000.

How many forms of
FGM exist?

FGM in Europe:
Dates and Facts

What are the consequences of FGM?

Female genital mutilation has serious health (physical and mental!) effects which often occur immediately after the procedure and may cause severe bleeding , infections, tetanus, paralysis of the bladder or blood poisoning, and can even result in death. HIV / AIDS can also be transmitted via the use of dirty instruments.

In addition to the psychological trauma and the loss of sexual sensation, the victims often complain of long-term pain when urinating and during menstruation. Sitting or even walking can bruise and even re-open the scar tissue due to the constant rubbing of clothing. Cysts, abscesses, bladder infections and incontinence may occur. Infertility is one of the possible long-term consequences. Sexual intercourse is often painful.

Giving birth to a child can increase bleeding and tissue cracks. The birth may take longer than usual and caesarean sections are common.

An interview with victims, doctors and experts. 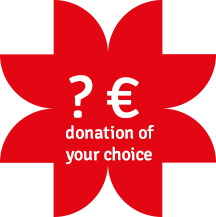 Do you want to know more about FGM: prevalence and legal status etc.?
Download data prepared by the most important organisations in the world.